This spring, a high school English teacher in Missouri lost her job following parents’ complaints that one of her assignments taught critical race theory.

The teacher had assigned a worksheet titled “How Racially Privileged Are You?” as prep material for reading the school-approved book “Dear Martin,” a novel about a Black high school student who is physically assaulted by a white police officer. But despite the teacher’s insistence that she wasn’t teaching her students critical race theory, an academic legal framework that asserts that racism is systemic and embedded in many American institutions, the local school board disagreed and determined that the material was objectionable.

The Missouri incident wasn’t an anomaly. In Tennessee, a teacher was reprimanded — and later fired — after telling his class that white privilege is a “fact” and assigning a Ta-Nehisi Coates essay that argued that white racial resentment was responsible for the rise of former President Donald Trump. Meanwhile in Texas, a principal was suspended after parents accused him of promoting critical race theory based on a letter he had written more than a year earlier, calling for the community to come together and defeat systemic racism in the days following the murder of George Floyd. His contract was subsequently not renewed.

In none of these schools was critical race theory actually being taught, but that is largely beside the point. Rather, these fights make up the latest chapter in the GOP-initiated culture war and are more broadly about how teachers should — and shouldn’t — talk about race and racism in America.

Since January 2021, Republican state legislators have introduced nearly 200 anti-critical race theory bills in 40 states, according to data compiled by the nonprofit organization PEN America. According to our analysis of the 11 states that have already signed bills targeting K-12 schools into law, and the 84 such bills that are still pending in state legislatures, few of these bills actually target the teaching of critical race theory. Instead, these bills are largely messaging bills that draw on talking points from the Trump administration. That said, many still seek to impose severe penalties for those found to be in violation. Even if the primary purpose of these laws seems to be to inflame the Republican base and win elections, these bills have created a chilling atmosphere for teachers who may decide to avoid discussing race, identity and contemporary issues in the classroom altogether, rather than risk their jobs. 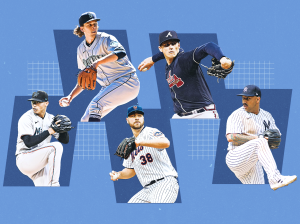 In fact, in examining the language of these pieces of legislation, we found that more than two-thirds of the pending bills and every single one of the state laws (except for North Dakota’s) contained text essentially identical to an executive order Trump issued in September 2020, entitled “Combating Race and Sex Stereotyping.” That executive order didn’t actually mention critical race theory by name, but it has still served as a blueprint for Republican lawmakers trying to ban critical race theory in schools. Indeed, there has been a concerted effort to get Republican legislatures across the country to adopt language from Trump’s executive order in the bills they put forward, as evinced in circulated documents like “Model School Board Language to Prohibit Critical Race Theory,” which was produced by a conservative advocacy group founded by Trump’s former director of the Office of Management and Budget.

In other words, these bills aren’t concerned with critical race theory as much as they are focused on enshrining Trump’s agenda in law. They’re what political scientists call message bills, or “hopeless legislation constructed not to change public policy but instead to signal desirable attributes of incumbents to constituents.” But as the teacher and principal firings cited earlier suggest, these bills can still result in real harm to teachers and students alike.

Of the 84 proposed bills we looked at, we found that 47 outlined punishments for those found to be in violation of the legislation. The most common punishment, found in 27 of the pending bills as well as two of the state laws, is financial — often involving fines or funding cuts for the school or district, generally imposed by a school board or governing state agency. Two other common punishments, include legal action brought by parents, students or the state’s attorney general against a teacher or school district found to be in violation (11 bills) and the termination of a teacher accused of promoting critical race theory (12 bills).

An additional 15 bills imposed other forms of disciplinary action, such as verbal or written reprimands, revocation of certifications and school accreditations, suspension without pay or corrective action plans for school curricula.

We found that it’s often school principals and local superintendents who must enforce these laws. That means these administrators must determine whether a teacher’s history lesson was sufficiently objective or whether the teacher was responsible when a student reports feeling guilt or discomfort. Some of the punishments are very severe, too. A pending Virginia state law, for instance, states that anyone determined to have violated its anti-critical race theory law is guilty of a misdemeanor crime and faces termination or revocation of their teaching license. Meanwhile in Kentucky, one introduced bill would’ve allowed any person aggrieved by the violation of the law to seek damages of up to $100,000.

Some bills also impose a penalty if teachers don’t teach something. For example, a pending Illinois bill mandates that students be taught that socialism and similar political systems would lead to the overthrow of the United States, and it would punish any school board found to be in violation with fines of up to $5,000 per student. In Missouri, meanwhile, one proposal mandates that teachers explore the “contending perspectives” of contemporary controversial issues, meaning both sides of the racist replacement theory currently being pushed by some far-right commentators must be presented while the 1619 Project would be effectively banned from the classroom by other bills currently pending in the state legislature.

These bills often don’t give accused teachers an opportunity to defend themselves against the charges, either. For instance, the Missouri teacher who was fired for assigning the racial privilege worksheet was let go by the school board in a closed-door session that she was not permitted to attend. Upon being notified of the board’s decision, she said, “If this is how they terminate teachers — without asking questions, without speaking to the teacher — then no one is secure.”

Though only 11 of the nearly 200 anti-critical race theory bills introduced in the last year and a half have been signed into law, the very presence of these bills, including their often ambiguous language, have created a chilling atmosphere for teachers who may decide to avoid discussing race, identity and contemporary issues in the classroom altogether, rather than risk losing their jobs.

Take Jen Given, a 10th grade history teacher in New Hampshire. She used to teach her students about racial economic disparities via lessons on Jim Crow laws, redlining and other topics. However, following the passage of a bill that included anti-critical race theory provisions in June of last year, she stopped including those subjects in her curriculum. “The law is really, really vague,” she told The Washington Post this year, continuing, “We asked for clarification from the state, from the union, from school lawyers. The universal response is no one’s really sure.”

The ultimate effect of these laws appears to create uncertainty for teachers and administrators, while deputizing parents and students to shape school curricula and influence how — or in some cases, if — teachers discuss difficult aspects of our history and contemporary society.